Edward is a passionate public health leader with significant experience of leading and improving population health outcomes and tackling inequalities. He is currently a
public health consultant in the NHS where he holds a number of regional roles including leading on the health inequalities agenda. Previously he spent nine years
as a Director of Public Health with the last three years of that being a Joint director of public health and public protection across two local authorities in the north east of
England (the first one in the region).

He has led a number of regional and sub-regional work and has a keen interest on harnessing the important contribution environments and social factors play on health
and well-being. He led a team that won the prestigious 2019 Municipal Journal Awards for the best public health programme for the conversion of tower block in a
town centre into an integrated health and well-being hub – The Live Well centre. He has led a number of national, regional and local programmes with a special interest
on mental health and emotional wellbeing. In 2010 he led an international global health conference in Nairobi Kenya which was focused on reviewing progress
against the Millennium Development Goals (MDGs). He has very strong academic interests and is an honorary professor at Teesside University where he is involved in
teaching, learning and research activities. Edward has a strong interest in Private and Public Partnerships and works with a PPP international network
https://ppphealth4all.de/ where he serves as a senior advisor. 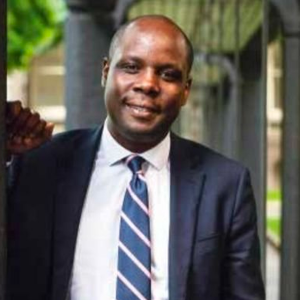